Monday morning we woke up bright and early, as we had to be at “work” at 8am sharp! As a reminder, the main purpose of being in London was due to the wonderful family I babysit for, who so graciously asked me (& Taylor as a bonus) to babysit while both parents had to work during the day.

PSA: Out of respect for the family, and the safety of the children, I will not be posting pictures of them on this blog. Briefly, however, I will describe them to you!

The oldest is nine years old and going into the fourth grade. He loves soccer, reading, history, and has an amazing memory for facts. The middle child is eight years old and going into the second grade. Like his brother, he also loves soccer, reading, listening to stories, and is very curious about the world. The youngest is turning four, and she is going into junior kindergarten this fall. She is very precocious, imaginative, and loves to dance. All three of them are great explorers and were excited to be in a new city with us. Although they had visited London last year, we found many places that they had not seen before!

Around 10am, we headed out on our first adventure together! Taking the Piccadilly line, we traveled southwest to the British Science Museum. What a cool place!

The Science Museum has all sorts of exhibits, and four jam-packed floors about space, clocks, math, medicine, machines-you name it! We spent most of our time in the “Wonderlab”, which is specifically made for kids to experience science hands-on. They have “friction slides” where you sit on burlap and test out three different slides to see which one gives you the most speed (see below), chemistry demonstrations, rocket shows, light and electricity booths, physics and gravity examples…the list goes on. Taylor and I were having a blast ourselves!

If you want to know more: Science Museum

After being fascinated by how the world works, we headed to lunch and then to Kensington Gardens to see the Princess Diana Playground and play some soccer. The playground is tucked away in a corner of the park but it is awesome…it has a giant ship in the middle!

Kensington Palace, which we did not tour (that was one of the family’s weekend stops), is another royal residence, which was built in 1605. Over the years, many members of the royal family have lived there, but most famously, it was the home of Princess Diana and her sons, William and Harry.

If you’re thinking you’ve heard the name Kensington Gardens before, it might also be due to Peter Pan, as he and the fairies lived there before going to Neverland!

After dropping the kids back at their hotel, we set off to explore on our own!

We found a local place in our neighborhood for fish and chips, and out of hunger and fatigue, we settled on somewhere that probably wasn’t the best…but it was convenient!

Not far from our hotel was Fortnum & Mason, an upscale department store dating back to 1707. Long story, but because of dialogue in the play Peter and the Starcatcher, we’ve been weirdly obsessed with going there (NERDS, again). In addition to tea, scones, and biscuits, F & M also has an ice cream parlor, customizable picnic baskets, and a chocolate counter!

Due to all our exploring and walking the previous day, I think we exhausted the kiddos! They woke up pretty late the next morning, but we still forged on to our next spot…The London Zoo!

See the red line on the map? That is a (double-decker) bus route. So our plan was to take the Tube, get off at Baker Street, see 221B Baker Street (Sherlock Holmes Museum) and then take the kids on their first double-decker bus ride…

I would just like to point out that both Taylor and I are map-reading experts; however, this particular morning we could not find the correct bus stop. There were many along the way, but not for the right number bus! Eventually, Uber saved us and we made it to the zoo.

We had a great time at the zoo, and there was a special activity going on called “Superhero Academy”, which gave the kids a chance to become superheroes with animal powers (seeing in the dark, speed, sticking to walls) and create their own characters, etc. It was pretty neat!

Following our trip to the zoo, we returned to Green Park, and per usual, finished the kid’s day with some soccer.

But of course, Taylor and I were not finished with our day! We quickly changed at our hotel and headed off to see the play Red. 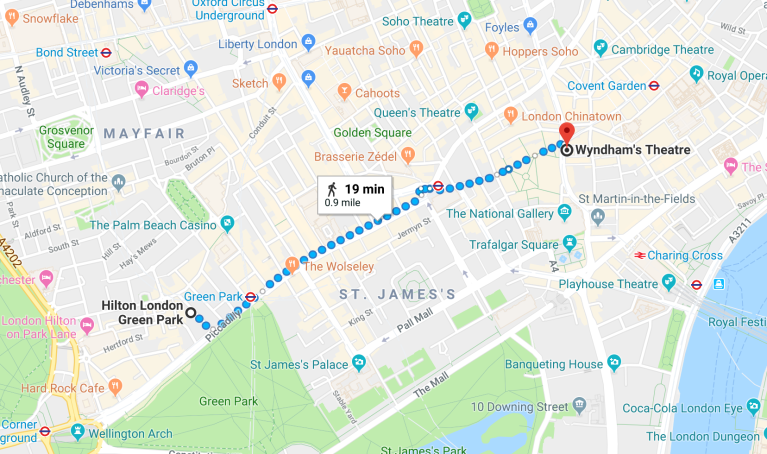 If you are not familiar with the show, it is a two-person play about Mark Rothko and his assistant, Ken. Mark Rothko was an abstract artist who reached the peak of his fame in the 1940s and 1950s and was a pioneer in the abstract art movement. The story focuses on a commision to provide paintings for the new Four Seasons restaurant on Park Avenue in NYC. The imagined conversations between Rothko and his assistant are fascinating-why do we produce art? For ourselves or for profit? How do we deal with a new style and being “phased out” as an artist?

The play starred Alfred Molina as Mark Rothko, and he originated the role on Broadway about ten years ago. He was phenomenal, and since we were sitting in the fourth row, we were able to really see all the subtleties in his performance. By the way, theater tickets are a lot more affordable in London. Get it together, New York!

Post-show, we headed to a restaurant called Brasserie Zedel, and it was located just around the corner from the theater. When we first walked in, it seemed a bit non-descript. 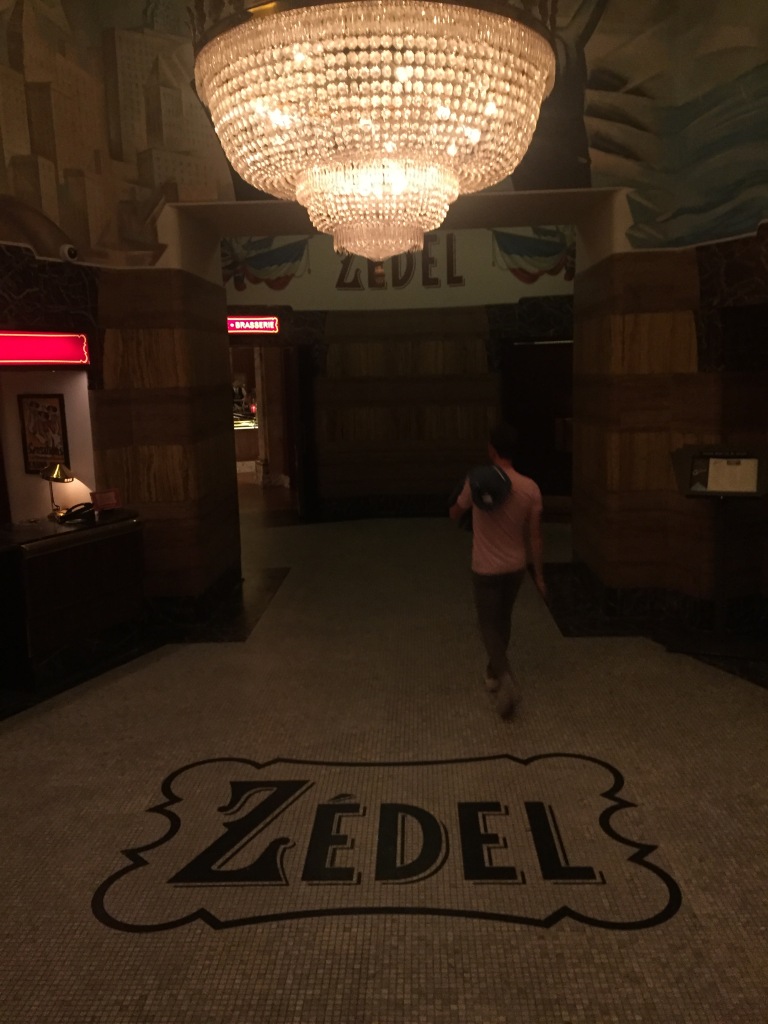 But then, we headed down a long flight of stairs…

Boom! Underground, there was a gorgeous and elegant room-complete with a live band! We felt like we suddenly were in another place and time. And, if you can’t see the time on the clock, this was 9:45pm on a Tuesday…almost completely full!

The menu was entirely in French. Since neither of us speaks French, we just went with what looked fun…

Next up: Days Five and Six

Finishing our trip with Westminster Abbey, another incredible play & a river cruise!